Reflections on a Screen 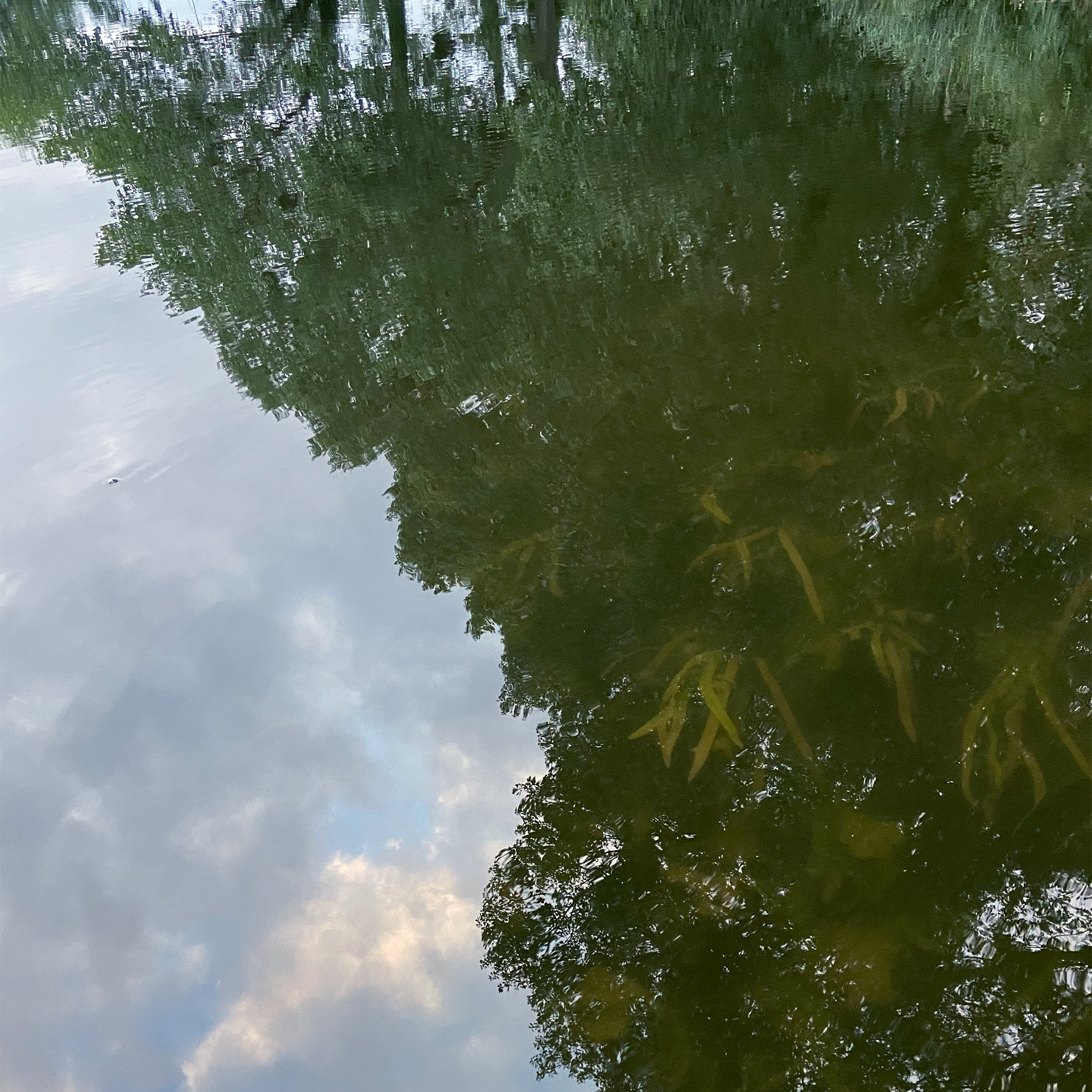 This morning I woke up and opened the shutters to be greeted by a mother mallard scurrying her newborn chicks between the narrowboats, tiny stripes of frantic fluff bobbing over the ripples. The Canada geese appeared along the wall next to the lock-keepers cottage, 100 of them at least. They took turns to peer down at the metre drop to the river, hesitating, as if they were of the Eiger, then closed their eyes and belly flopped into the water, inelegant, drunken dancers, the goslings last, flipping almost 360 degrees before they crash landed. Then a tern appeared over the boat, swooped down to eye level and drifted away. I laughed with joy. I swear the geese were clapping.

I’d just worked out that I’ve spent 17 years of my waking life, almost a third of it, staring at a computer screen. That number would probably be double if I hadn’t been part of a generation which used paper and pens at school, and didn’t have mobile phones when we were young. The first computer I worked on was the size of a car and cost a quarter of a million pounds. Operators worked in shifts so the company could maximise their investment. I was on the night shift, in a darkened, almost silent studio for 8 hours at a time, staring like an evil hypnotist’s victim. I’m still under the influence. When I was working my last job, I had the company’s Mac on my desk, connected to a second screen, and 2 mobile phones next to those so I could check websites on multiple browsers and apps. When the working day ended, which it never really did, I switched to my own Mac to write, or develop my own website, photography and artwork. The 2 phones stayed on. This was just the hardware. I used multiple software and apps, which all had a variety of windows, dshboards, menus and tabs. At any one time I could have 20 windows on the go, flicking between them continuously. There were websites in the US, UK and EU to monitor, wholesale and retail sites, social media channels, news and software development sites, email and chat apps, video conferencing tools. My attention was simultaneuosly grabbed and shattered. There are tens of millions of us working in this way, spending our lives looking at windows, knowing there’s nothing on the other side. No wonder some of us aren’t well.

The word screen is old, its root going back to the Proto Indo European languages. For most of its life it has referred to a source of protection, from heat and cold, wind and rain, from the eyes of others. And yet its oldest source is the PIE word “sker-” , which means: to cut. Screens cut us off from the world, physically and mentally. In our culture we’re obsessed with this separation. A little distance along the river from where Masquerade is moored there is a sort of floating shanty town, a stretch of the river bank belonging to a farmer who has allowed boat owners to build their own custom moorings. Each vessel is attached to the bank via a tangle of scaffold poles pushed hopefully into the silt, then built on. There are wooden decks and sheds, some made with fencing panels, others with bamboo poles or left over materials from building projects. Window panels and doors are roughly fitted. Inside the structures there are deckchairs and mouldering sofas, cabinets and tables, cupboards filled with tea cups and sherry glasses, plastic ornaments and metal signs. Some owners have crammed in fire bowls, which, when lit, lick the flimsy wooden structures. All of the moorings are carefully screened off from their neighbours, tiny spaces scissored up. They’re walls built on silt, which is, perhaps, a metaphor for our whole civilisation.

Since giving up the day job I’ve been trying to radically reduce my screen time. This is proving difficult. I have a book to finish and the editing process is extensive. I’ve been advised that writing with pen and paper is a more natural process and lends itself better to creativity. It has a ritual quality. You can use beautiful old pens, laid paper, scented candles. I’ve tried it many times. A sheet of paper with one of my poems or essays is indecipherable, even by me. For every 50 words I write there are probably 100 changes. I end up copying out what I’ve written on consecutive pages, but each one ends up the same – scribbled over, crossed out, lines running off tangetially in all directions, little scrawls and doodles, even insults to myself. When I think I’m finished I type it up on my laptop, and then rewrite it again, this time in a nice clean environment, like a hospital ward for thoughts. However, aside from the writing, I am managing to wean myself off screens. I’m spending at least half my time drawing these days, using big sheets of paper, black ink, water and salt. It’s an elemental process. I’m doing my best to get out of the way, to let the images create themselves, like shapes emerging out of water. When I finish a picture I wash it in the river. It’s exciting. I’m starting to make my own tools for drawing, picking up interesting twigs and shaping them to create different kinds of marks. I’m collecting jackdaw feathers which fall from the tree above our house, and swan feathers that wash up near the boat. I want to make my own inks from bark, flowers, crushed up stones. It’s a process which I’m falling into more deeply by the day. Perhaps in a few months I won’t feel so separate from the world.

This morning I’m writing, so I’m starting the day in the kayak, following the tern I saw earlier, heading upstream. From the middle of the river the world is screened off by high reeds and overhanging willows, which I’m paddling up to, ducking into the cave-like spaces beneath them. It’s twilight in these spaces, a little spooky. There are spider’s webs densely woven between twigs, like cocoons big as bird’s nests. As I peer at them I can see the debris inside, the broken up exoskeletons, wings and legs. In the shadows beneath the water is soupy, bubbling, everything breaking down. The water is barely translucent. As I dip the paddle blades they almost disappear. In front of me is the mirror sheen of the surface, a polished screen that melts and reflects, constantly transforming, hiding and protecting the riverine world beneath. Even the herons, creatures of the shallows, are unable to see through it. Only the terns seem able to pierce the illusion and peer into the depths. Two appear over the trees, youngsters, but already expert fishers. They criss-cross the river heading downstream, flying over my head, hanging between the upbeat and downbeat as if waiting for the hand of their puppeteer. They seem butterfly light, moth frail, the most fragile of birds. Until they dive, turning on the tip of a primary feather and wheeling down to fold into spears and split the river. They reappear a second later, shivering off the water to climb back above the trees. And then they’re gone again, little kites, little conjurers, away to pluck fish from between the narrowboats, leaving me to the splash of the paddles, the knock of the skeg, the glare.

This is the third instalment in a series of posts about coming back to life on the river. Please subscribe to my newsletter for further posts.