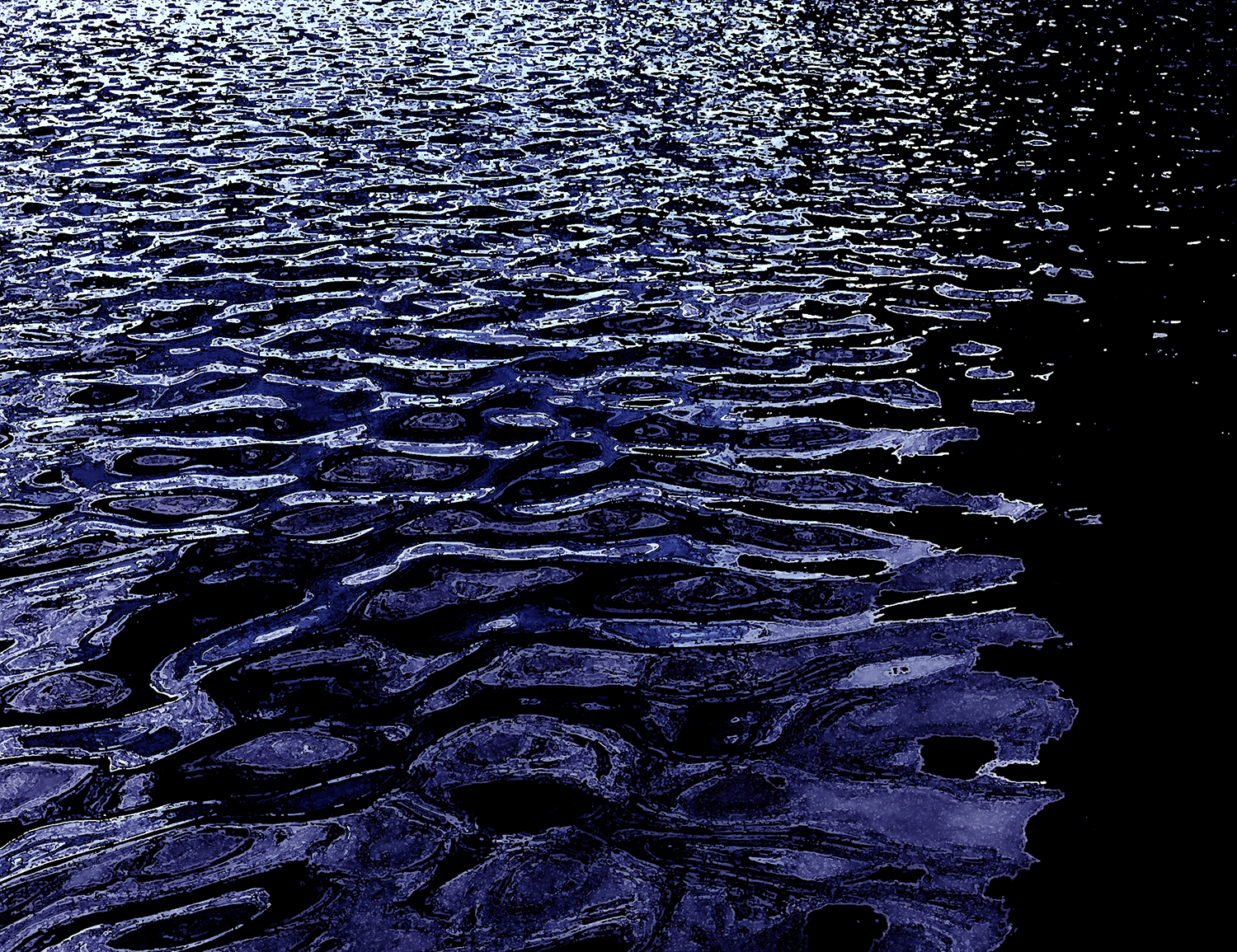 In the past months I’ve learned that everything I need for day-to-day living can be kept in a space of approximately 8 square metres. Living on a boat has enabled me to see my limits. I know how much gas I use to cook with, how much electricity powers my equipment, which consists of 1 small fridge, 8 led lights, 1 water pump, 1 laptop and a phone. They can be maintained easily with a couple of car batteries and a solar panel to keep them topped up.  I’m not ignoring the vast connections that reach out from my tiny home on the river: the networks of machines, pipelines, containers, ships and trucks that mine, process and deliver the fuel I use; the farms and factories that grow and process my food; the infrastructure that removes my waste; and the satellites overhead that beam data across the surface of the earth so you can read this. However, I think for the first time in my life I can see my own footprints and they’re getting smaller.

It’s ironic that narrowboats have become a way of living off-grid. They were originally built to increase the speed of goods and raw materials across the country during the early days of the industrial revolution. In those days they were the grid. They had long hulls which could carry many tons of cargo. Each boat had a tiny, shed-like structure at the stern, just big enough for an average-sized person to lie down in, but often they were homes for whole families who lived precarious, itinerant lives. We keep a large water can on the boat, a copy of the ones used on narrowboats a century ago. It is ornate, with a wooden handle and hinged lid, its surface decorated with red, green and yellow stripes. Overlaying the stripes are hand-painted patterns of coloured roses. Our boat is traditionally designed. The stern doors have flowers and castles painted on the wooden insides, and bright diamond and checkered patterns outside. The original tiller-men and women had few possessions. They were viewed negatively by the rest of society. The art they decorated their boats and utensils with was an expression of their uniqueness, a riposte to the denigrations of town folk.  These days the decorations on narrowboats are disappearing. Most new vessels are plainly painted, their interiors built Ikea-style, replete with stainless steel double ovens and wide-screen TV’s. Even the traditional names of boats, which were hand-painted onto the side panels in ornate fonts, are being replaced. This morning we were passed by a gleaming new machine named “4-play”.

The soul delights in embellishment at the same time as it urges us towards simplicity. It wants us to throw our branches and leaves into the sky, to glisten and rattle like the poplar trees we’re moored beneath today which shake and rain with every breath of wind. It doesn’t want us to complicate our time on earth acquiring, competing, tending to invented obligations and routines. 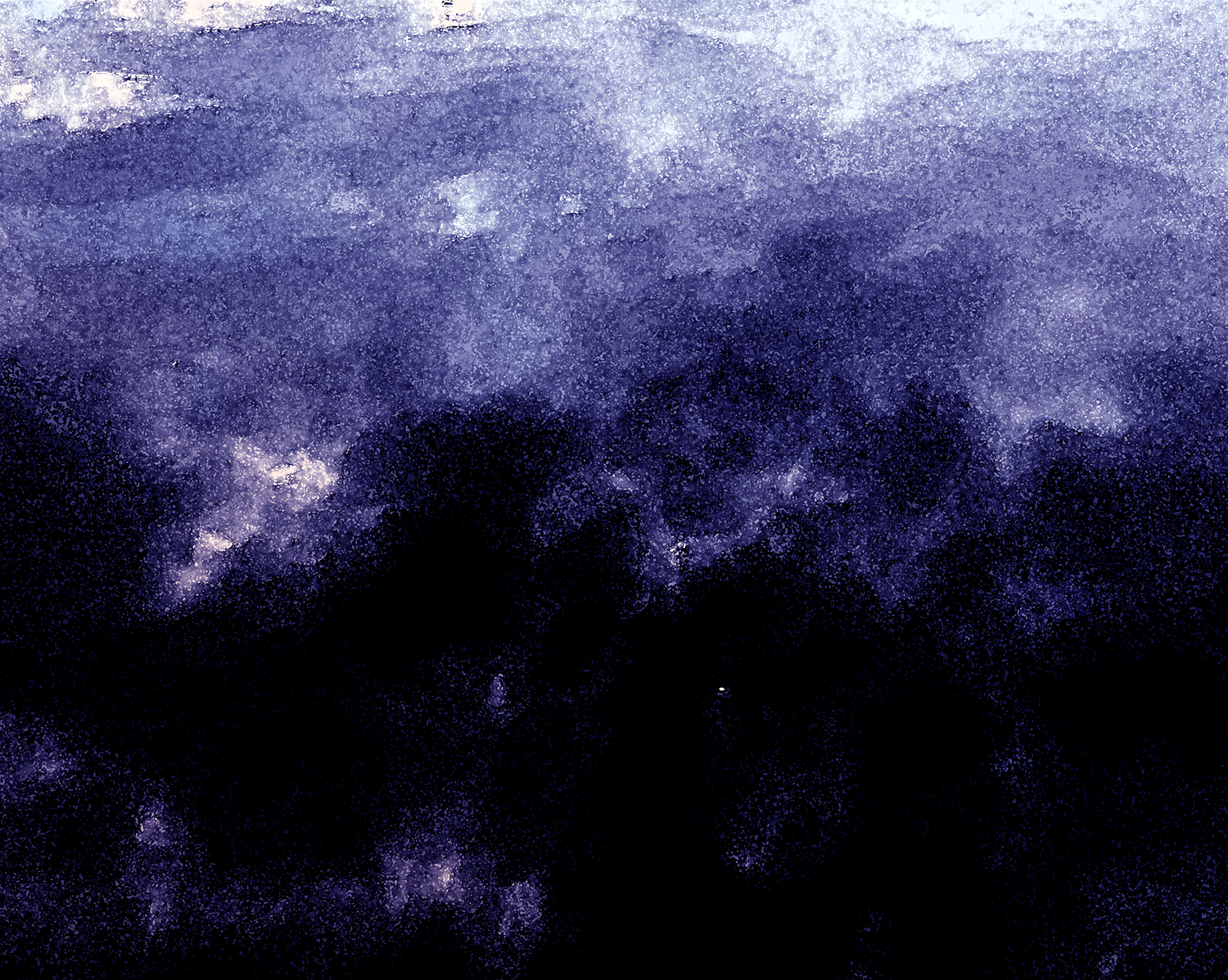 The boat has become the best place for me to create. It’s helped me to finish a book this summer and the bow is about to become a (minuscule) painting studio for the winter. When I’m on the river I need so little, some paper, pencils, a bottle of ink. To feed the work I need a few good books, a place to walk and, most of all, a place to stare, which the river provides infinitely. Last night I sat on the bow watching the light fade with the wind, the surface of the water transforming constantly, each ripple carrying its own ripples, fanning out and drifting. Little glazed cups of air rose in scatters while fish cut the surface making loud splashes. When the wind died back the sky took over, clouds and stars painted across the surface. The bats came out and the astonishing complexity of the universe expressed itself in their flight. For the first time in months I could actually see them,

In the early part of this year I believe I’d forgotten how to see. It was not a physical blindness, my eyesight was fine. However, it was a form of profound sightlessness created by the chaos that builds when your days are lived simultaneously statically and at pace, your eyes constantly stimulated by images on screens, your inner vision seized by the demands of work taking on an urgency that appears to be a requirement.

It got to a point where my eyes could no longer rest on any single thing. The scroll and the jump cut took over. The things that had always slowed me down weren’t working. I almost stopped walking at one point, having realised that the activity was no longer a form of meditation, but instead a facilitator of the endless rumination that it used to fend off. I covered miles and miles with my feet, witnessing almost nothing with my eyes. When I did look up everything had become a blur.  The skies that explode with light over these valleys for most of the year had gone dim. Even the birds seemed to be shadowy and indistinct, as if I was looking at them through a fogged window.

It was the river which brought my sight back. 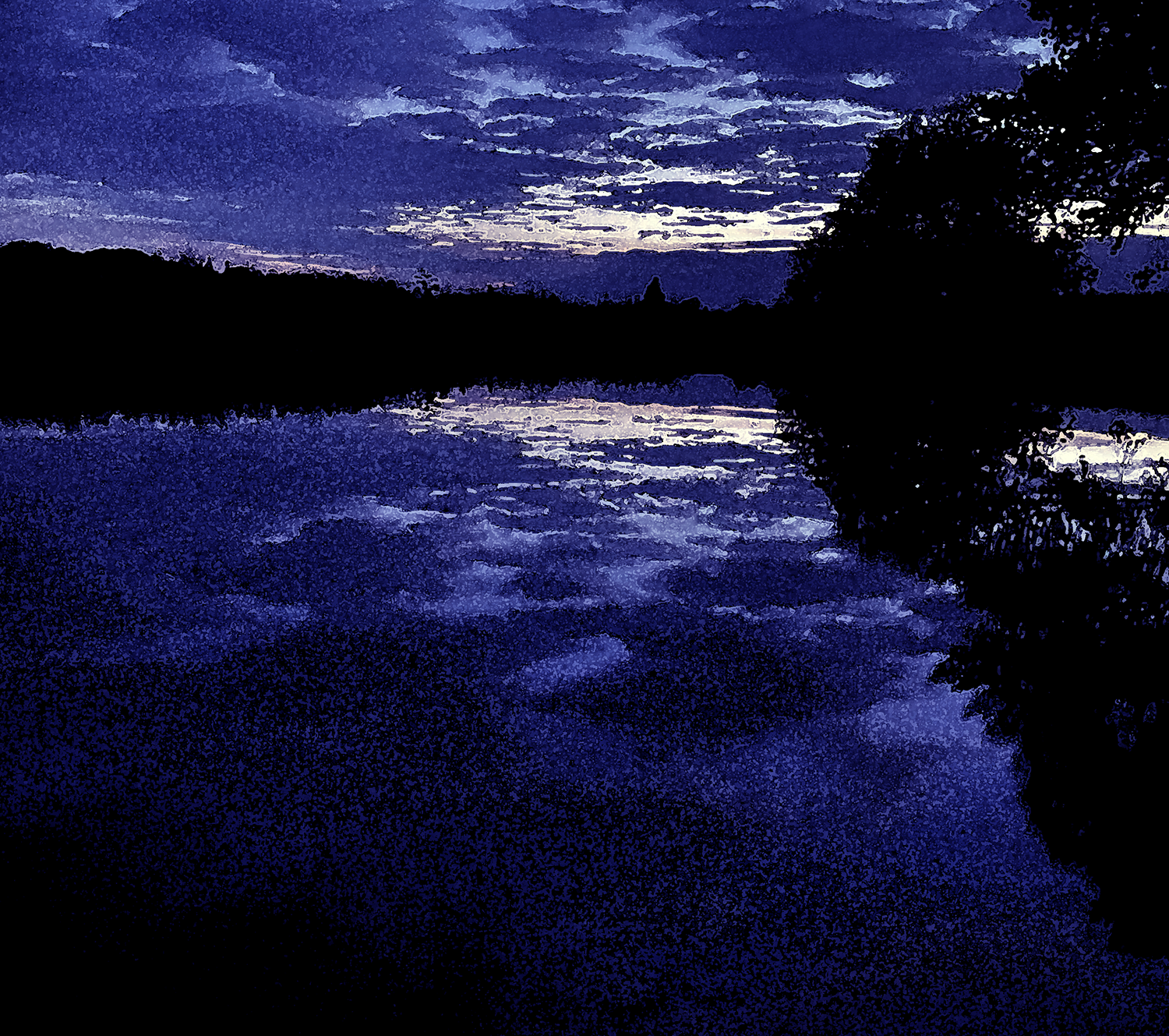 On a late April day, a few weeks after I’d given up the day job, we moored in a place on an almost 180 degree bend in the river, next to a huge Lammas meadow which is the summer home to several pairs of curlews. It was the first warm night of the year. The sun set straight in front of the bow and the wind dropped to almost nothing. I sat staring at the ripples on the surface of the water. At first I was looking through the scene, caught up in a whorl of thought. Then the trees and sky started to appear, cut into quivering pieces which slowly grew, merged and smoothed. The world reappeared. My attention came back. I’ve been trying to increase it ever since.

Training your attention is like watching ripples. Initially you try to track them, to frieze frame, to capture them like a camera shutter. But they always keep moving. Occasionally the fractures heal, our surroundings smooth out and become clear. A stillness descends. I think that’s where I am now, finding more and more points of stillness, or instants of wakefulness. I still have a long way to go though. Staying awake to the wonder of the earth is perhaps the most difficult task of all in these times. I shall be practicing in as simple way as possible, with just a sheet of paper, a pen, a drop of ink – and a place to stare.

This is an instalment in a series of posts about coming back to life on the river. Please subscribe to my newsletter for further posts.