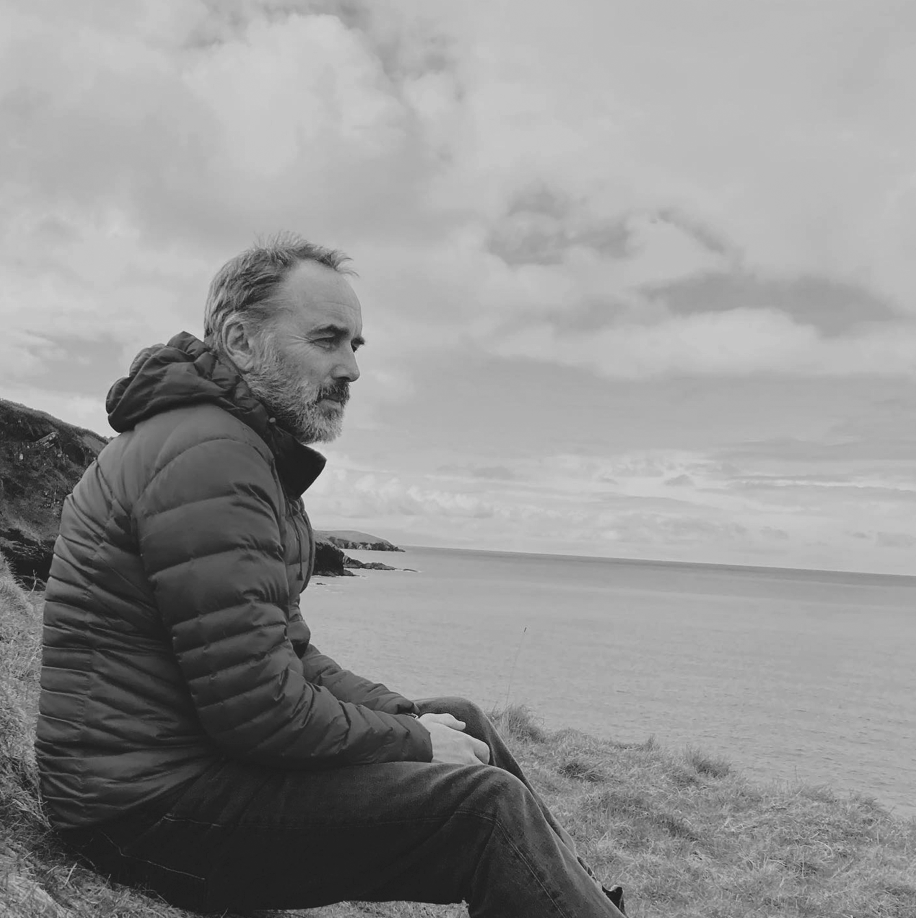 James Roberts is an artist and writer. He lives and works in an old stone house on the Welsh Borders where he is surrounded by rivers, woods, rooks and ravens – his favourite things. It’s a place where the stars are still lantern bright at night.

His art and illustrations have featured in several galleries and exhibitions, as well as in theatres, magazines and books. He is currently working on a series of ink and salt drawings of birds which will be exhibited online in the summer and in selected galleries at the end of the year. The first series of drawings focuses on ravens.

As a writer James is currently working on a non-fiction book, Landscape at Twilight, which uses dawn and dusk as a prism to investigate the decline of nature locally and globally. The book will be published by September Publishing in early 2023. It is based on the essay, Chorus, first published by Little Toller Press. You can read it here.

James’s recent poetry pamphlet Winged sold out in days and was featured in publications including The Times. A review of the pamphlet, which also includes his illustrations, can be found here. Winged will be republished in late 2022.

James is represented by Robert Caskie.