“On a stone wall a raven is perched. It seems to be waiting for something which is out of sight or hearing. It tilts its head to one side, then straightens.” 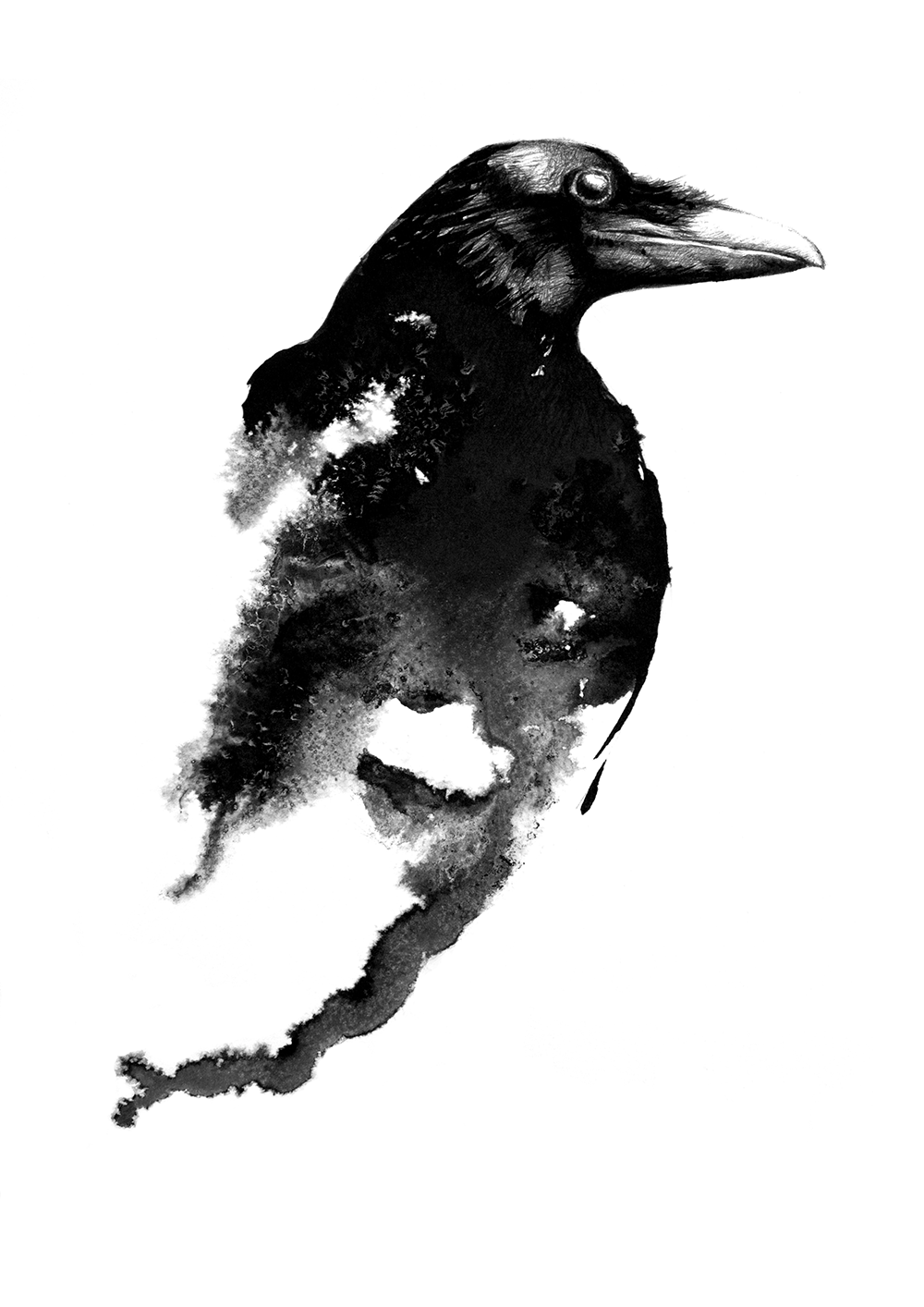 “It feels the trigger of the wind and leaps from the stones. It climbs high, then leans and glides out over a shallow valley, crossing a featureless basin. It climbs again, glides and climbs, then grates out a call which is answered by multiple croaks, coming from every direction.” 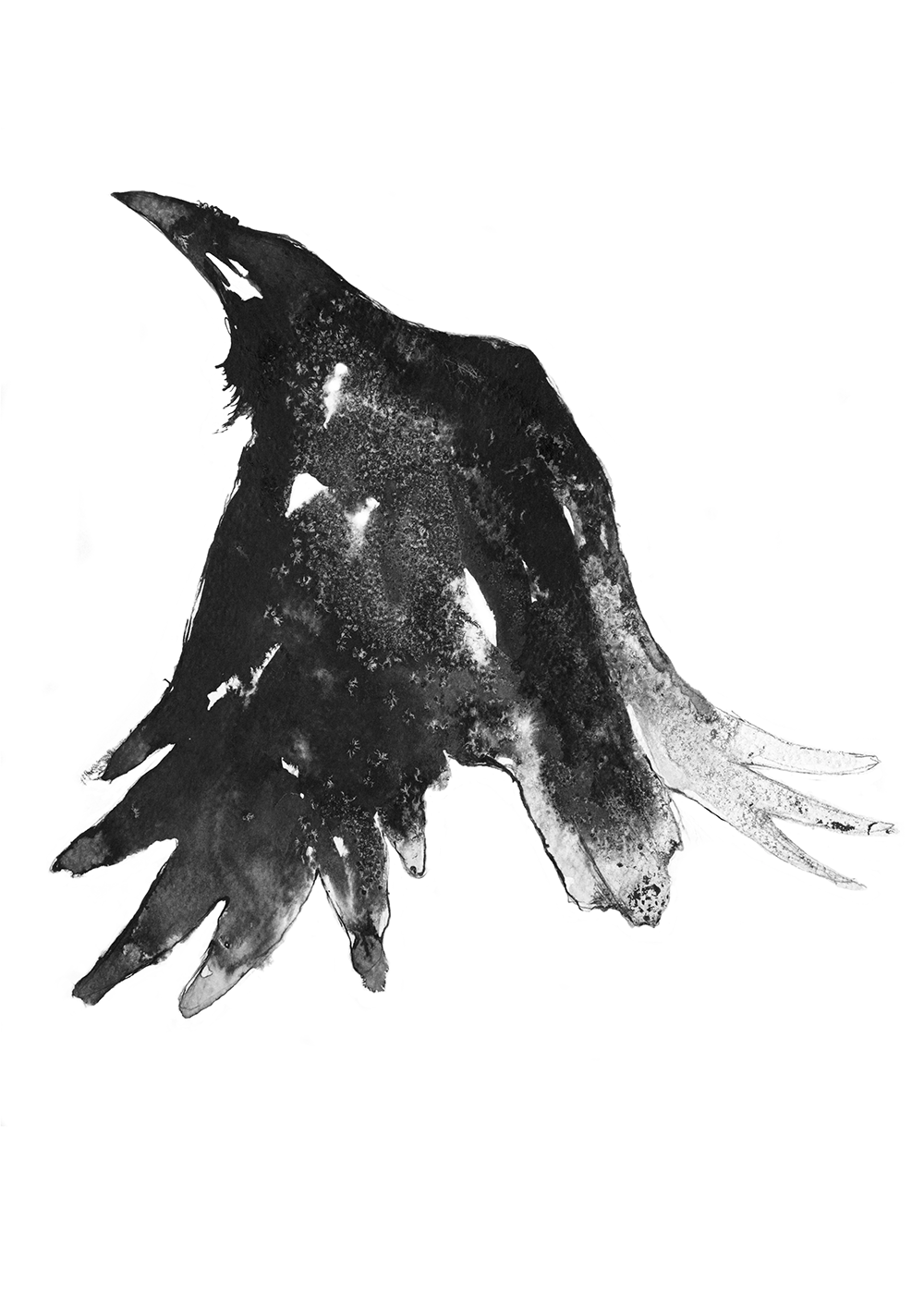 “There are specks of blue black moving against the wind. The raven speeds up, climbs higher, crosses another summit and reaches a shatter of rock, the top of a cliff which drops sheer into a gorge. All day the rock has warmed and now the wind is coming against it, channeling the air into a high plume.” 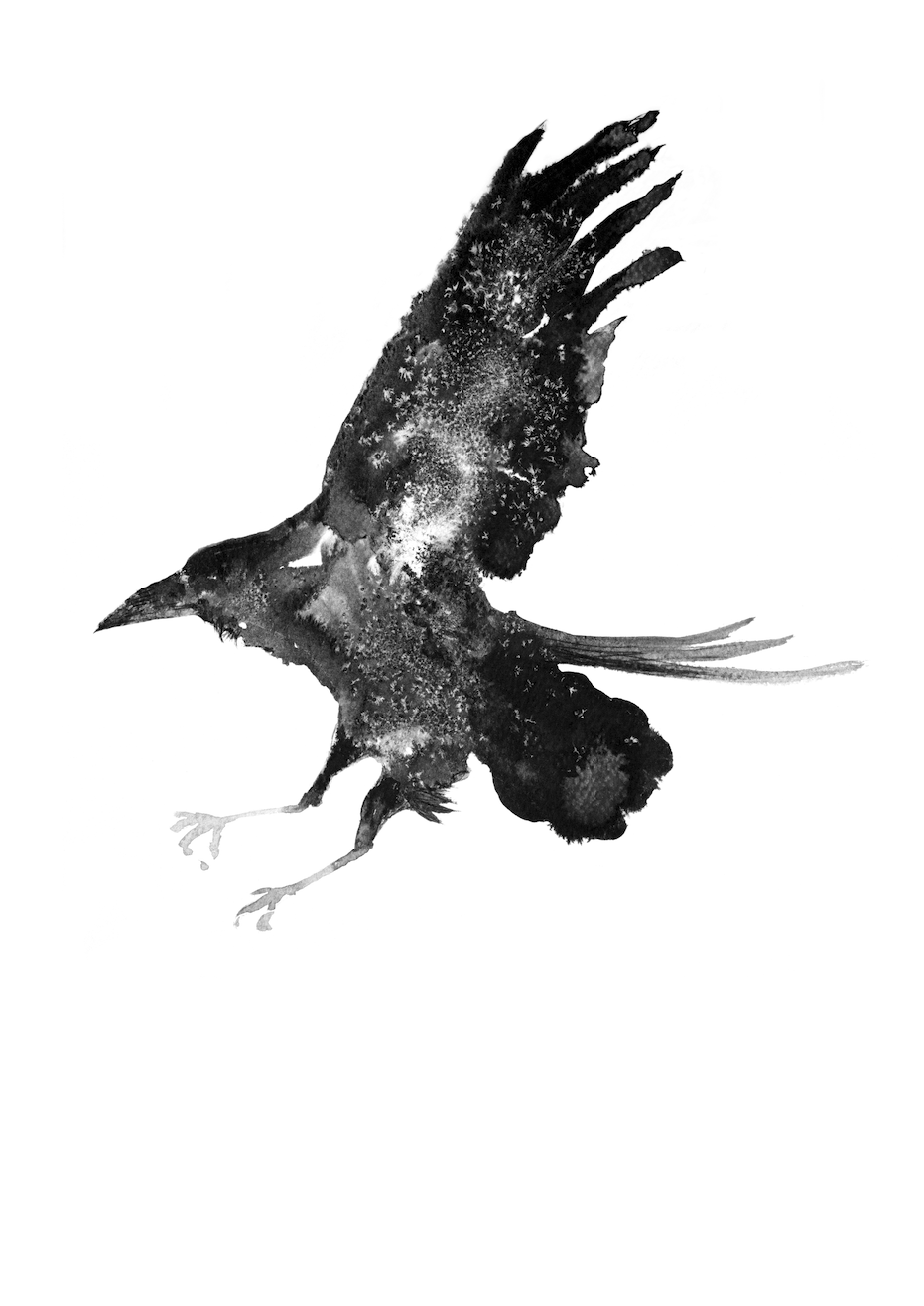 “Other birds are arriving, sliding into the thermal, riding it vertically then turning, hanging for a moment, before folding their wings and clattering down. The raven meets them, calling out as it catches the tower of air, and rides. It is a dance and an airborne circus, a comic act at half light. The birds pair up and fly in duets.” 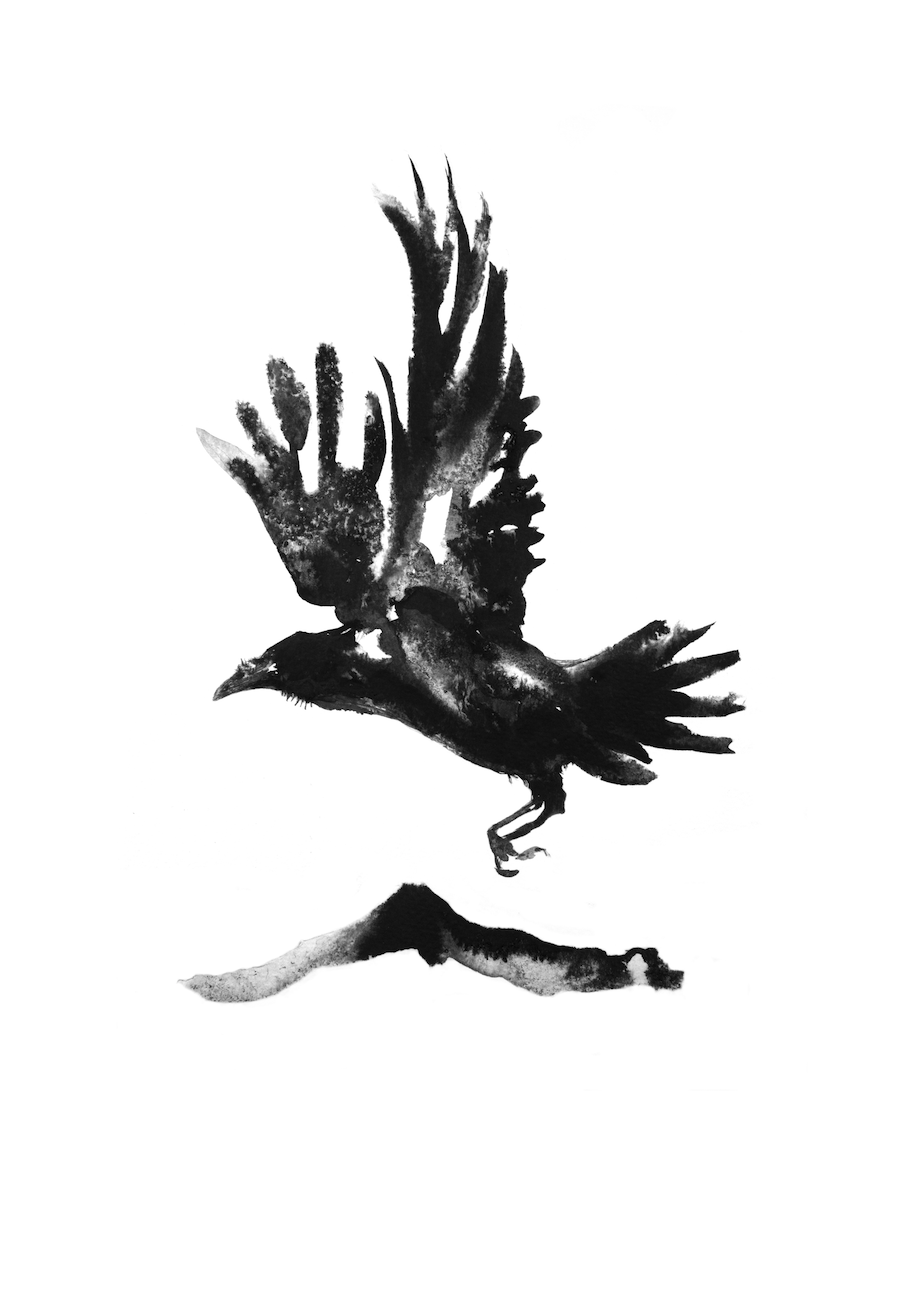 “They beat their wings in time, plummet almost to the valley floor, then lift. As they catapult out they flip and twist, folding their wings. They grab each others talons, peck and yawn, screech with corvid laughter. The act continues, each acrobatic turn different to the last, more precarious, more chaotic.” 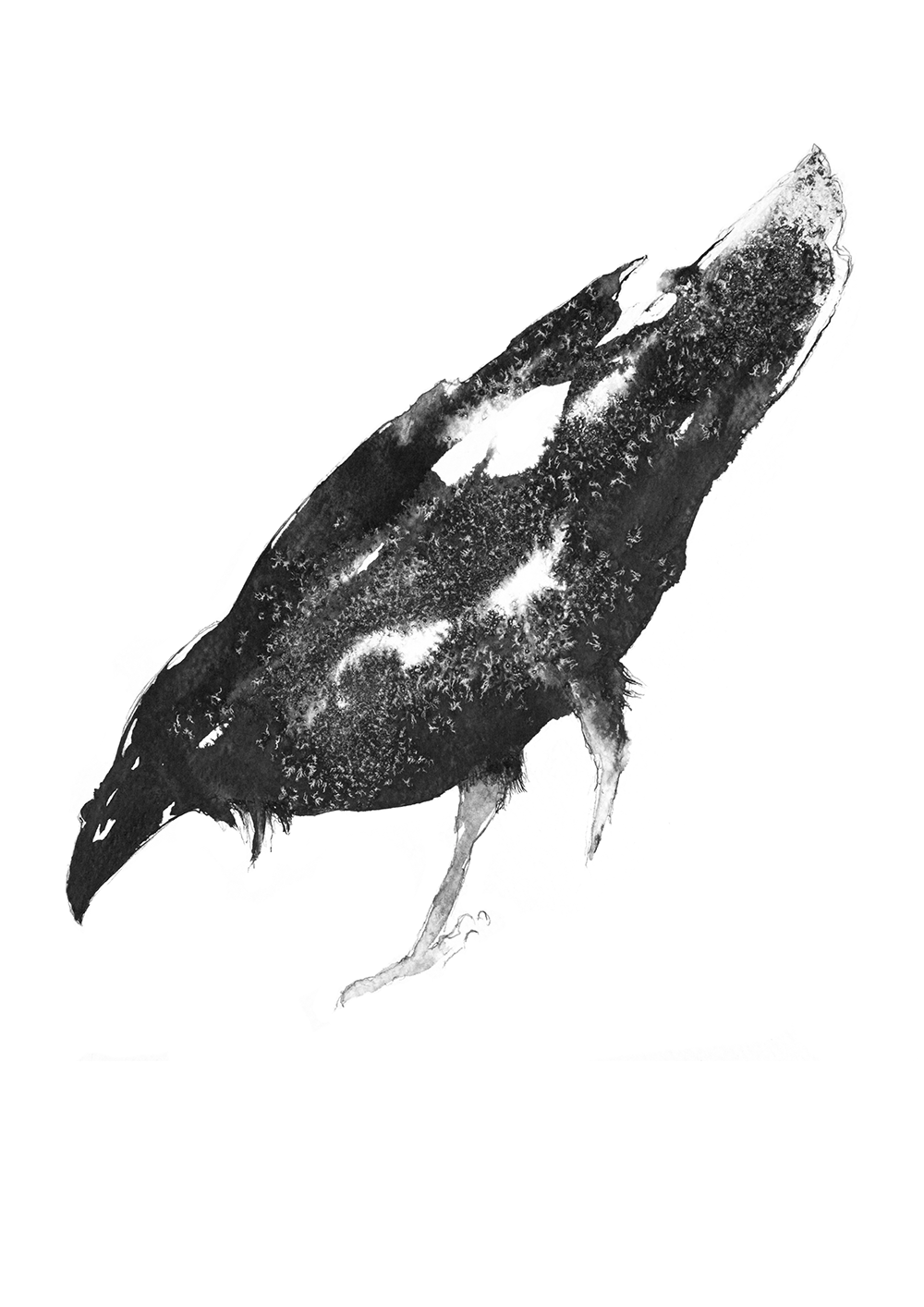 “At the end of the performance, each bird takes a bow and lets out a cry, the long call that recognises and celebrates the dark comedy of the world.” 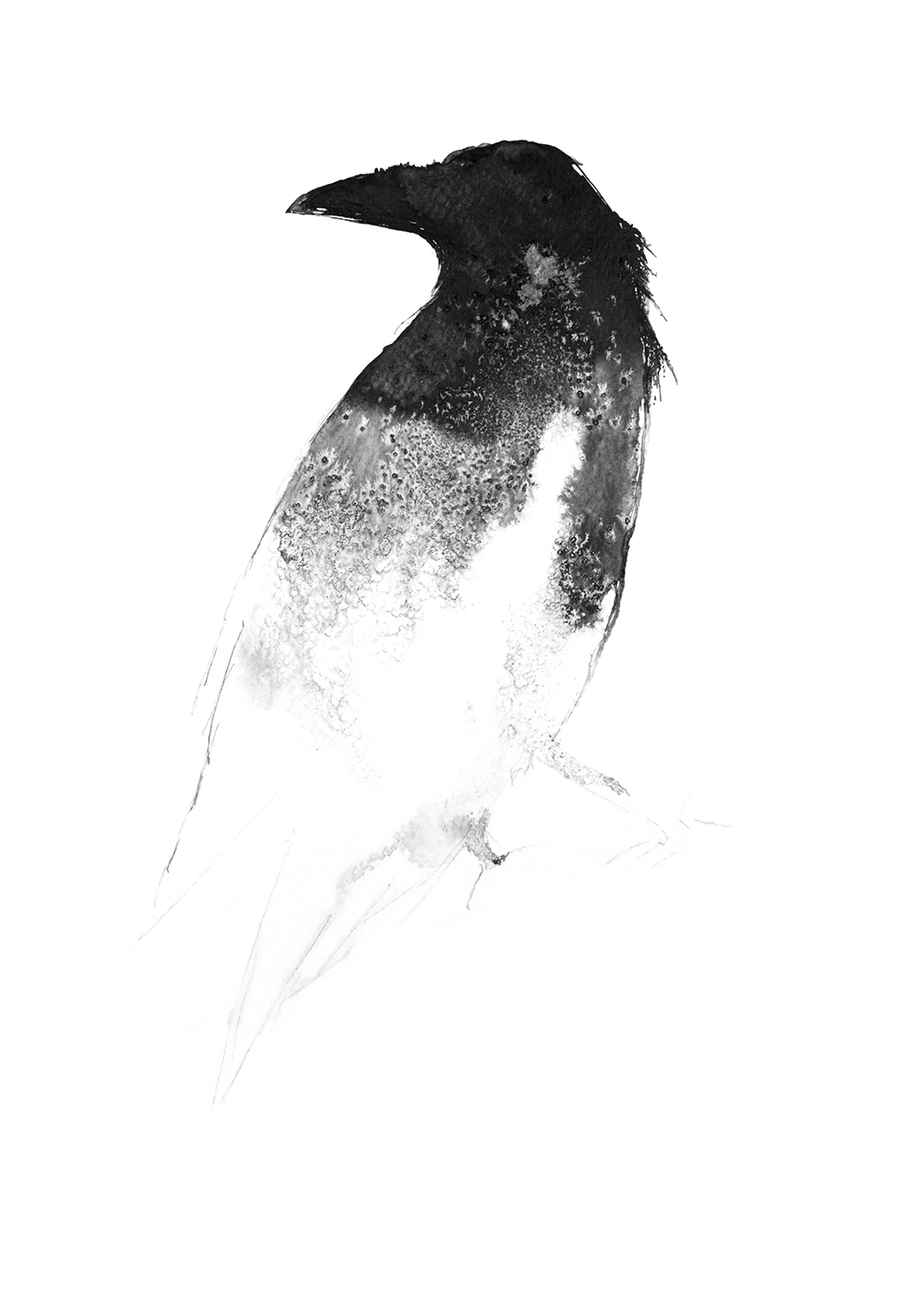 Ravens – an edition of prints by James Roberts, celebrating the magic of corvids. Giclée prints of original drawings in ink and salt, reproduced on fine art, archival matt paper.

To Purchase a Raven Print Click on an Image