The path drops steeply via a series of switchbacks, between granite outcrops and boulders, crossing streams that plummet down the mountain. I hear birds whose calls I don’t recognize, their songs mingling with the drone of traffic far below on the road.  It is hard to see the valley through the mass of ash, oak and hazel trees that cling to the thin soils on the slope. But I’m too busy concentrating on the path to think about the view.

I hear a loud rustle and look up to see a mouse darting between stones, followed and almost overtaken by a black shape which I take for a village cat. The two creatures bundle across the path only a few feet in front of me before the mouse finds a hollow and vanishes into the undergrowth. Its pursuer skids to a stop and sits up to stare back at me. I recognize the tapering mustelid profile, the deep brown fur and pale bib of a pine marten, the first one I’ve ever seen in the wild. It stares at me for a few seconds then turns and rushes downhill. It’ll probably be a long time until I see one again, but I’ve been very lucky on my first walk in this forest.

Bons is a tiny village perched high up in the Dauphiné Alps. The house we’re staying at used to be the village smithy. There are photographs on the walls showing the old workshop, forge lit and blacksmith bent over a horseshoe he’s working. Other photographs show farmers coming in from the fields with scythes over their shoulders, and images of the village itself surrounded by pasture and steep man-made terraces. It is a bald, impoverished landscape, intensely worked for subsistence. All the valleys for miles around were similarly worked for centuries. I’m guessing these photographs were taken about 50 years ago.

John Berger moved to a valley in the Haute-Savoie to the north of here in the early 1970’s. He’d had enough of English unseriousness and wanted to live in a peasant community where the presence of the dead was felt as keenly as the consequences of life in a harsh landscape. The word peasant comes from the French paisant, which means local inhabitant, where inhabitant is derived from habitat, an area where a plant or animal naturally grows or lives. Berger wanted to explore life through peasant eyes, eventually producing books like Pig Earth which follows the travails of the people of a village very like Bons in a series of connected stories. When he moved here must have been around the same time that the people of Bons abandoned their fields to the forest.

Berger spent a lot of time in his adopted place working the land, bringing cattle down from the mountain and helping with the harvest. His writing about mountain peasant culture in France, a culture that has almost wholly died out in the intervening years, is partly an attempt to investigate succession as lived experience. Only in a culture where generations live and work in the same small areas can this be understood.

Succession: what comes after, comes near to, goes under, takes the place of. Even the phonemes of the word suggest its meaning, the repetition of a syllable which quietly transmutes as it repeats.

Language, like a forest, grows out of itself. It requires no planting. Meaning suckers onto words and grows new tendrils. The words success and succession are almost identical, sharing the same root, but contain contradictory, almost opposing meanings.  Where succession comes after, success advances. Where succession goes under, success goes from under, it ascends. Succession overlays and success leaves behind. Our success-fixated culture has left the old ways behind. The land has been cleared of its people. But succession continues in their absence in the form of a forest. 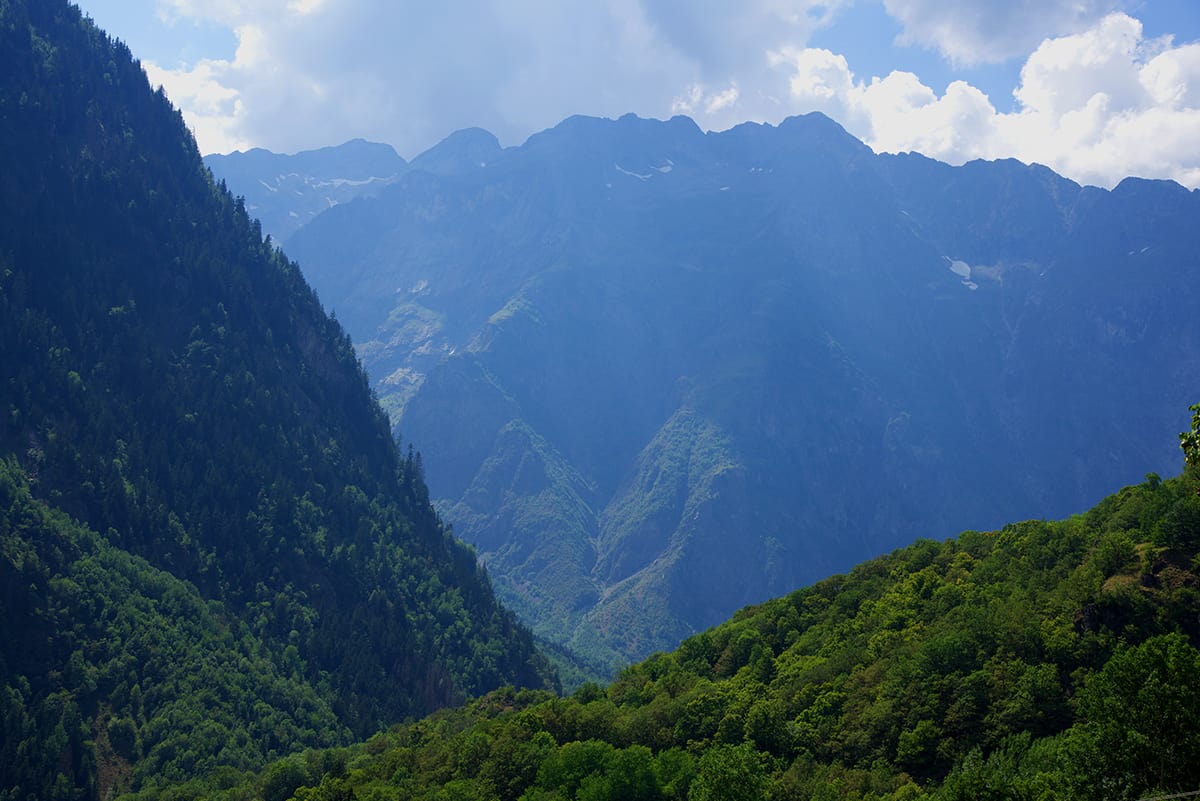 While talking to Patrick, the owner of the house in Bons, I asked him how long he had lived there: “Tout temps!” he replied – all time. Patrick is in his early 60’s. He was born when the village was still a farming community but he has never worked the land himself, he has a job in the local ski resort. In his lifetime he has watched the bare mountainside slowly return to forest. He’s seen the terraces that were built with shovels and picks, maintained for a thousand years by the hands of his ancestors, disappear completely. The history of his community has been erased in the landscape, remaining only in black and white photographs and in the face of his nonagenarian mother who stares from the window of her downstairs flat at the street where horses used to be led to her father’s smithy. But Patrick has seen waterfalls appear out of the ground. He’s seen pine martins return, and more recently, wolves. I wish I’d asked him for his interpretation of the French word succès.

A mile along the forest path and a thousand feet below Bons is the remains of a Roman arch cut through a rock extending from the mountainside. Over two millennia the stone has crumbled and now only half the arch remains. It’s hard to imagine why the Romans would have chosen to undertake such a project in this place which is snow-bound half the year even in these times of warming. Worn into the granite floor beneath the arch are two deep ruts made by the continual passage of carts carrying heavy cargos, perhaps local timber. It is possible that the ancient forest was felled and carried piece by piece down this old road and through this arch. In the following centuries it would have regrown and been cut again and again, the old arch slowly crumbling as it became obscured by trees, then revealed again to successive waves of people, affording them a glimpse into an an ever-receding civilization that created these wonders. I’m sure those people would also have glimpsed another wonder far older than the stone arch, one which retreated when the trees were felled and returned when the forest regrew. At first they would have heard a rustle in the leaves and seen something resembling a village cat, until it stopped and turned to look at them. They would have recognized the tapering mustelid head, the deep brown fur and pale bib.